Kick off the 10th Annual Atlanta Science Festival with us, as we feature three amazing scientists who will showcase all the incredible places science can take you.
Join us as we journey from the reefs of Australia to the wilds of Africa to the glaciers of the north! Moderated by WABE’s Molly Samuel.

We welcome people with disabilities. For questions about accessibility or to request an accommodation, please contact us. Requests should include your specific requirements and be made at least 7 days prior to the event (by March 3). 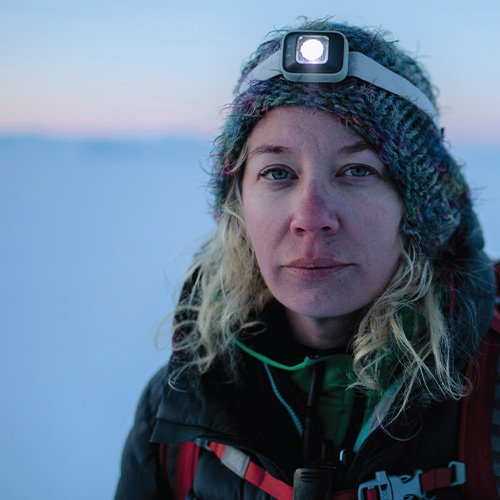 Dr. M Jackson is a geographer, glaciologist, and science communicator exploring the intersections of societal transformation, glaciology, and climate change.

Jackson is a National Geographic Society Explorer, TED Fellow, and three-time U.S. Fulbright Scholar. Jackson earned a Ph.D. from the University of Oregon, a Master of Science degree from the University of Montana, and serves as a U.S. Fulbright Ambassador and an Expert for National Geographic Expeditions. Jackson is an active public speaker and author of the award-winning science books The Secret Lives of Glaciers (2019) and While Glaciers Slept: Being Human in a Time of Climate Change (2015).

Jackson’s debut novel, The Ice Sings Back, will be released in 2023. She is currently the Climate and Energy host for Crash Course and starred as the science expert in the hit Netflix series, Pirate Gold of Adak Island.

Jackson has worked for several decades in the Arctic and Antarctic exploring changing climates and communities and presently lives in Eugene, Oregon. 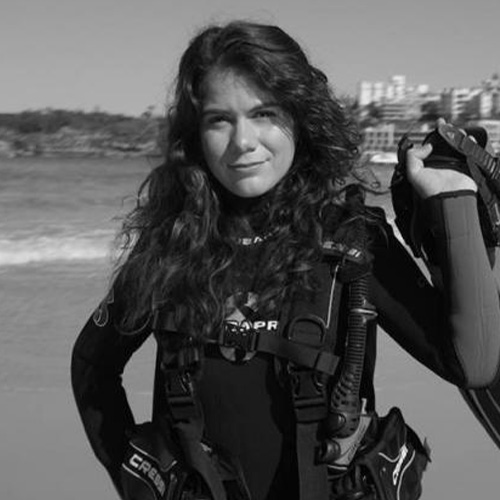 Melissa Márquez is a marine science education expert, currently finishing her doctoral degree at Curtin University. Born in Puerto Rico and raised in Mexico, Melissa has worked at the forefront of marine science education and communication for over a decade, hard at work combatting the misinformation that’s rampant in ecological fields — and paving the way for Latina women like her in science.

With her TEDx talks garnering thousands of views in their first weeks alone, Melissa is a prominent thought-leader and has engaged at global forums such as the National Academy of Science, Oxford, University of Western Australia Global Leader Experience, and National Science Policy Symposium, among others.

Named one of Sachamama’s “Los 100 Latinos Más Comprometidos con la Acción Climática” in 2021, “Forbes 30 Under 30: Science” finalist in 2020, and named in InStyle’s 2021 “50 Badass Women” list, Melissa has been touted as “the most enthusiastic shark scientist” people ever meet. She has been featured in NPR, Allure, InStyle, GQ, Seeker, Popular Science, and appeared on Disney+, BBC, National Geographic, Discovery Channel, Acciona, and Good Morning America.

Her first children book series, Wild Survival, was published in 2021-2022 by Scholastic to rave reviews. Her picture books, Mother of Sharks (Madre de los Tiburones) is set to be published in May 2023 by Penguin Random House. 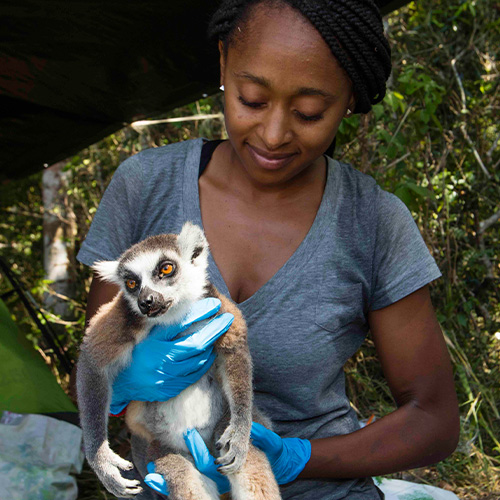 Rae Wynn-Grant is a wildlife ecologist who researches how human activity influences the behavior of wild animals. As an active scientist, she spends long periods in the wilderness tracking and observing black and grizzly bears in the western United States, and African lions in rural Kenya and Tanzania. Her wildlife exploration and media work has taken her to six of seven continents and over 25 countries. A native Californian, Wynn-Grant attributes her interest in wildlife and conservation from the nature shows she watched on television as a child, and today she uses media to increase representation of Black scientists and explorers.

Wynn-Grant envisions a near-future where the outdoors is a safe, equitably accessible, and positively transformative space for all people. She is a scientist, conservationist, equity and justice advocate, and storyteller.

The Ferst Center for the Arts is closest to the North Avenue MARTA station on the red and gold lines. Walking time is about 16 minutes from the North Avenue Station. Exit the station on West Peachtree Street and cross over West Peachtree at the stoplight toward the church. Walk down North Avenue for about three blocks, then veer right onto Ferst Drive. Walk to the visitor parking lot with the triangular sculpture and turn right to walk through the lot and past the student center.